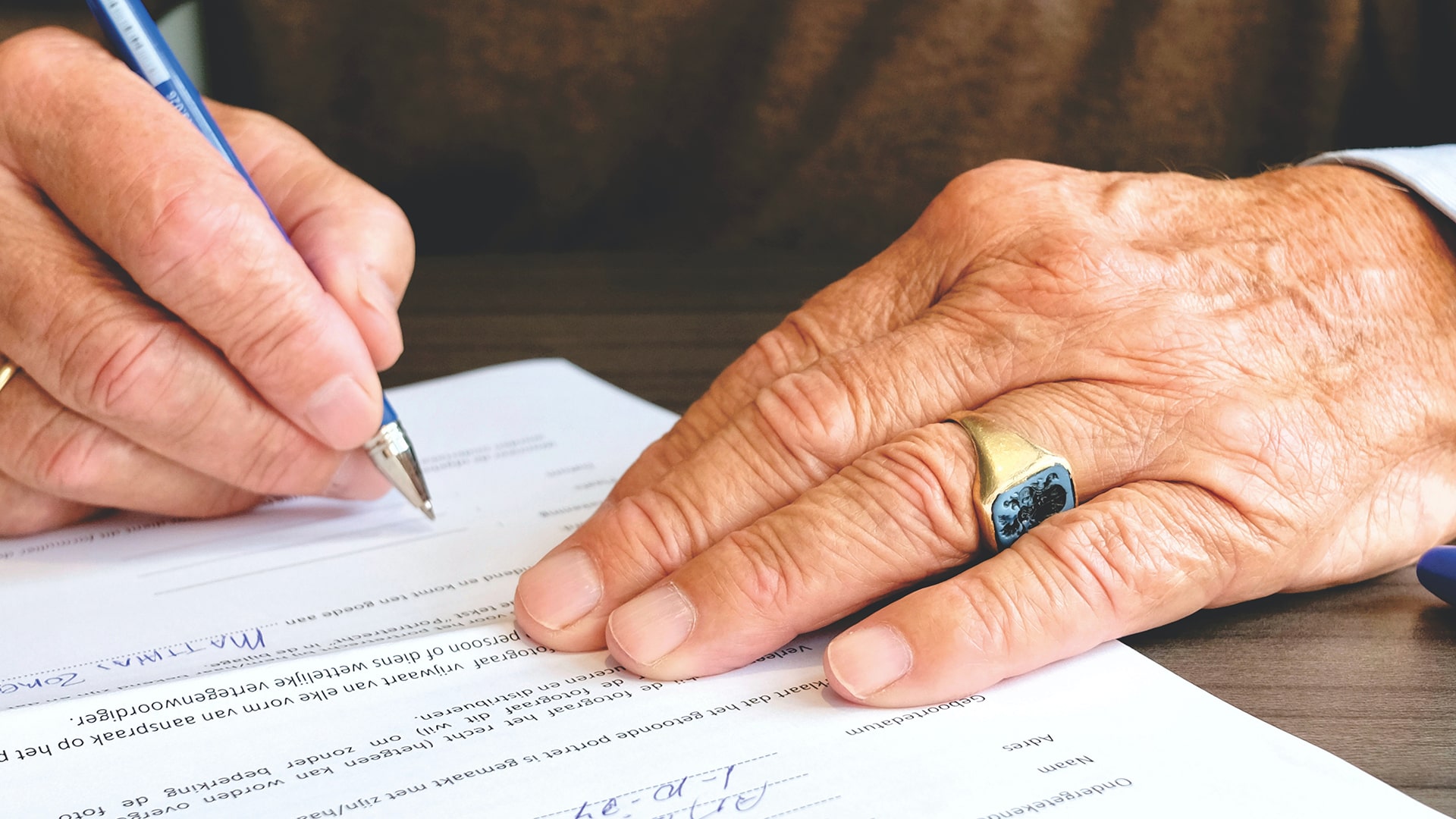 The novel corona virus, COVID-19, has affected all aspects of human life. Apart from the staggering human costs, commercial activity has nearly halted. Lockdowns, quarantines, and self-isolation measures have limited business operations, transportation, and supply chains. Hardly any industry has been left undisturbed by this global pandemic. Contractual performance has been under an unprecedented stress, leading to frequent resort to the long-established principles governing force majeure clauses, frustration, and impossibility. These doctrines have perhaps never been more relevant.

Force majeure is an expression used to define a wide variety of events beyond the control of the parties that prevents one or both of the parties from performing their contractual obligations. In common law jurisdictions, force majeure provisions have been construed to cover acts of God (Matsoukis v Priestman & Co [1915] 1 KB 681), epidemics (Lebeaupin v R Crispin & Co [1920] 2 KB 714), floods and erosions (Anjuman-e-Mustareen Khshatkaran Ravi River v Province of Punjab 2012 CLC 1145), war and strikes, embargoes, terrorist activities, and abnormal weather conditions including but not limited to heavy rainfalls (Sadat Business Group Ltd v Federation of Pakistan 2013 CLD 1451). Force majeure provisions, often standard clauses in the contract, provide an advantage to the parties by adding a degree of certainty in terms of contractual performance, the opportunity to set out a wider set of events that may constitute force majeure, and setting out the consequences of the occurrence of such an event. Therefore, although “price hike” may not ordinarily constitute a force majeure event (as held in Atlas Cables (Pvt) Ltd v IESCO 2016 CLD 1833), the parties may expressly specify that abnormal increase in prices and wages shall constitute a force majeure event and provide for the consequence of such an event.

Force majeure clauses are standard terms in most of the contracts. Unlike many civil law jurisdictions, force majeure provisions are not implied in a contract in common law. Therefore, acts of god (and other typical force majeure events) may not relieve the parties of their contractual obligations unless the parties expressly provide otherwise. Further, the courts in Pakistan have also distinguished the “inability” from “inconvenience” in interpretation of force majeure provisions, holding that the latter would not absolve a party from its contractual obligations.

While the interpretation, scope, and application of a force majeure provision would depend on the exact contractual term, the force majeure provision would apply in these conditions: (a) the event must be beyond the control of the obligor and not self-induced; (b) the event must be unforeseen or foreseen but inevitable or irresistible; (c) the event must make it impossible for the obligor to perform his obligation; and (d) a causal effective connection must exist between the event of force majeure, on the one hand, and the failure to fulfill the obligation, on the other. In some cases, the contractual provision may also provide for a “notice requirement” obligating one party to notify the other of the occurrence of the force majeure event as early as possible or within a particular timeframe.

Where the contractual force majeure clause expressly covers pandemics, epidemics, plague, or diseases, the COVID-19 pandemic may fall within the definition of a force majeure event. But, in cases where an express language has not been employed, the current crises may be covered under other terms such as an act of God or the catch-all phrase of “events which are outside the reasonable control of the party affected”, which are common-place in various agreements.

Force majeure provisions in many contracts also spell out the consequence of such an event taking place. Whereas frustration leads to termination of the contract (as discussed below), the parties may continue their relationship upon the occurrence of a force majeure event. Force majeure often provides for a period of suspension of the contractual obligations so that the parties have more time for performance or to allow the parties to wait for the supervening event—such as strike or bad weather—to subside the drastic remedy of the termination of contracts can be employed. The remedial flexibility in force majeure is particularly helpful to contracting parties who wish their relationship to continue through changing circumstances.

What about cases where the contract does not include a force majeure provision? In such cases, the contract does not have any provision to exempt the parties from carrying out their contractual duties. The party failing or unwilling to perform would be liable for breach of the contract. As force majeure clauses cannot be implied into a contract, parties cannot rely on the principle to protect itself from liability in case of a breach caused by a supervening event. In such cases, to guard against liability, a party may have to resort to the doctrine of frustration. Frustration is a well-established common law principle. In Pakistan, this doctrine is stated in Section 56 of the Contract Act, 1872, which states:

Section 56 allows the parties to a contract to be exempted from fulfilling their contractual obligations under the contract, if the performance becomes impossible due to any supervening event upon fulfillment of this criteria: (a) the supervening event takes place after the contract is made; (b) the supervening event could not be stopped by the promissor; and (c) completion of performance of contract is prevented: Chaudhary Muhammad Sarwar v Aimna Bibi 2006 CLC 1110. The doctrine encompasses such agreements where performance was possible at the time of execution but subsequent events rendered the performance impossible or unlawful: State Life Insurance Corporation of Pakistan v Bibojee Services Limited 1999 MLD 2750.

In English law, the doctrine of frustration has always been interpreted narrowly by the courts, in order to ensure parties are not attempting to terminate the contract based on mere inconvenience or hardship. The doctrine of frustration can only be invoked where the supervening event radically or fundamentally changes the nature of the performance: Davis Contractors Ltd v Fareham UDC (1956) AC 696. In England, the courts adopt a “multi-factorial” approach. In Edwinton Commercial Corp v Tsavliris Russ (Worldwide Salvage & Towage) Ltd [2007] EWCA Civ 547, the Court of Appeal held that the following factors may be taken into account to assess whether a contract has been frustrated:

“[i] the terms of the contract itself, [ii] its matrix or context, [iii] the parties’ knowledge, expectations, assumptions and contemplations, in particular as to risk, as at the time of contract, at any rate so far as these can be ascribed mutually and objectively, and then [iv] the nature of the supervening event, and [v] the parties’ reasonable and objectively ascertainable calculations as to the possibilities of future performance in the new circumstances.”

In Pakistan, in order to claim frustration of the contract, the party is required to establish that the intervening act caused a physical impossibility and not a commercial impossibility, over which the party had no control and which could not be avoided with all due diligence: Quinn Corporation v Cotton Export Corporation 2004 CLD 1040. Further, the impossibility must not be self-induced: Jatoi Cotton Ginning and Pressing Factory v Zainab Usman PLD 1965 (WP) Karachi 22. Section 56 does not set out an exhaustive list of events that may cause frustration of contract. Such supervening events may include, amongst various events:

An act of the Government, where performance of the contract became impossible, or by change of law, where the contract became incapable of being performed: Travel Automation (Pvt) Ltd v Abacus International (Pvt) Ltd 2006 CLD 497;
Intervention of legislative measures: Begum Zia Farhat v Government of Pakistan 1994 CLC 854;
Secession of a country: State Life Insurance Corporation of Pakistan v Bibojee Services Limited 1999 MLD 2750;
State of war, appropriation of property and assets: State Life Insurance Corporation of Pakistan v The Board of Trustees, Government of Pakistan 1993 SCMR 726;
War risks, including ‘blockade’: Pakistan National Shipping Corporation v L&M Maritime Inc PLD 1991 Karachi 156;
Declaration of war: Haji M Muhammad Zakaria & Co. v The Province of West Pakistan 1969 SCMR 428;
Declaration of enemy property: Sheikh Javed Rashid v M. Central Government of Pakistan PLD 1981 Lahore 515; and
Perished goods due to unprecedented events of nature: Province of West Pakistan v Pir Muhammad 1980 CLC 525.
Frustration leads to the termination of the contract; the contract becomes void. Where the contract has not provided for post-termination rights, Section 65 of the Contract Act may come into play. Section 65 states that if a contract has been declared void, the party who has received any advantage under the contract is bound to compensate the other party from whom it has received the advantage. Hence, under Section 65, a party may be required to pay back the other party any payments that were made prior to the performance of the contract where no benefits were received: Muhammad Sabir v Maj (Rtd) Muhammad Khalid Naeem Cheema 2010 CLC 1879.

In the wake of the COVID-19 pandemic, many commercial parties are compelled to review the possibility of performance under their contracts. It is important for these parties to review their contractual provisions, including force majeure clauses to assess their rights and obligations. In some cases, the doctrine of frustration may come into play; in other cases, where the right to termination has been set out in liberal terms, a party may simply be able to terminate the contract to avoid further liability and adverse consequences. On the whole, the re-assessment of rights and obligations, in view of the long-established principles of contract law, would help the parties to contain losses in these adverse circumstances.

The information presented is not legal advice, is not to be acted on as such, may not be current, and is subject to change without notice. For further information, please contact Raja Mohammad Akram & Co.